City of Angels and Ancestors: My Favorite Foodie Spots in Downtown Los Angeles

In a New York Minute

IN THE LATE 1930S MY GREAT-GRANDMOTHER WAS THE QUEEN OF SAN FERNANDO.

A table in our house has this photo of her and my grandpa (her son) dressed in full parade gear getting ready for the ride.

My dad, a native Chicagoan, relocated to Santa Monica as a teenager and eventually worked as a firefighter paramedic for the LA City FD. His old station is a museum in Hollywood now. He can still get us anywhere in the city when we visit without GPS. He claims its a result of reading the Thomas Guide front to back and ‘running shifts in his sleep’.

My family’s ties to the Los Angeles area go back almost a century, with my great-grandmother’s family being prominent ranchers when areas like San Fernando aka ‘the valley’ were still rural.

I myself was born on the outskirts of LA county, in the ultra-suburban community of Westlake Village. I attended LA county unifed schools until we relocated to San Diego in the middle of my childhood.

After high school, I went back and forth to downtown LA for a year, studying at the Fashion Institute.

During one of my most recent monthly business visits to the city with my mom and aunt, where we thoroughly enjoyed a lunch at downtown’s Grand Central Market, we got to talking about why “Tia” and I seem drawn to the city in spite of its MANY shortcomings and complications.

IT MAKES SENSE TO ME THAT THE ENERGY LIVING THINGS POSSESS WOULD IMPACT THE AREAS WHERE THEY SPEND THEIR LIVES AND FEEL THEIR FEELS.

After living abroad and in other major cities around the world, as well as visiting even more places, I developed my own theory and explanation as to why we seem to feel so connected to certain places, and less to others. Despite their flaws, bad weather, or crime problems, we feel a sort of attachment to places.

I felt that way about Paris, but not London. About LA but not San Francisco.

I love London. And San Francisco. I mean, really loved. And on paper, many cities have a better resume than Paris, considering my preferences and priorities. The things I claimed to hate about San Francisco, like the weather (a constant grey blanket of clouds) while living there were things that were the same or worse in Paris, but they never bothered me.

CITIES HAVE A PULSE. A HEARTBEAT. NOT JUST A PACE. A RHYTHM GROWN OUT OF CENTURIES OF LIVES PLAYED OUT WITHIN THEIR BORDERS. THAT ENERGY IS ABSORBED AND MAGNIFIED INTO A UNIQUE AURA; THE SOUL OF A CITY.

I am convinced that like soulmates, we recognize and are attracted to places where these vibrations resonate with our own energy. A connection that draws us in and draws us back.

And such is the case with Los Angeles and I. The city calls and I go, if only for the day.

And, when I do, in addition to finding new things to try, there are some classics that I simply can’t resist and I want to share them with you, in case La La Land is calling you too.

I am the fourth generation in my family to eat at this tiny (and I mean TINY) walk up taquito shop at the end of Olvera Street. The pedestrian street was established decades ago as a place where authentic Mexican products could be bought and sold, and the food culture grew organically. The classic taquitos with avocado sauce has been on our LA ‘must eat’ list as long as I can remember. And my maman (mom) tells me about her grandfather taking my grandfather there when he was little.

A landmark in downtown LA since 1917, this indoor food hall lets visitors wander and taste treats from some of the hundreds of cultures that call Los Angeles home. One of my faves? Falafel from Madcapra, and if you’re lucky, they’ll have the rose water lemonade that day. It literally blew my mind and constantly haunts my dreams. I can’t leave without it. For an old school Willy Wonka vibe with an Angeleno twist, get your bulk candies from La Huertafor the drive home (or onto your next adventure).

One of the tiniest taco shops in DTLA, Sonoratown, named after an area of LA that’s been replaced by Chinatown, honors the owner’s Sonoran heritage in the most beautifully epic way: incredible food that is both authentic and modern. From authentic chorizo to roasted poblano peppers on house made tortillas, every item we tried was a home run. Small dishes allow you to mix and match to make a plate that is just what you like. Aguas frescas are the perfect refreshment on hot LA days, and the chica/cucumber/mint/lime one transports you in a sip.

These are just a few of my very favorite stops in / around DTLA. I hope you’ll try some the next time you’re there! If you have been tell us what you think! Have another personal LA suggestion or fave? Share in the comments!

In a New York Minute

Do it for the Gram: My Review of Happy Place 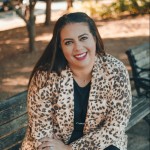 I'm Callie, a Southern California based body-positive fashion and travel blogger who helps women discover style and travel that FITS their bodies and their lifestyles so they can live their best, most authentic lives! I test and then share the products and experiences that respect diversity and inclusiveness so that you can shop and travel with confidence without all the research!

Plus Size Boutiques and Small Businesses

Don’t you draw the queen of diamonds boy, she’

☎️ The doctor called and said buy yourself som

Sharing just because @cityoflosangeles was looking

She’s a trip. 😵‍💫 Only wearing things I

If I’m gonna be a mess, might as well be a hot m

Im flipping out over here ☝🏼 I can’t belie

Material Gurl 😌 in NYC 🏙 Listen babes if yo

Now here I go again, I see the crystal visions ✨

A Californian caught in their natural winter habit

Happy thanksgiving from me and my comfy pants 🦃

Shop My Looks on LTK